The Farm ‘le pérouzel’ in the hamlet of Feugères, Normandy, France

The oldest known record of an ancestor in France refers to Raoul le pérouzel in the small hamlet of Feugères situated 15km n-e of Coutances, Manche dated 1606. The Article describes a property transaction involving three brothers, Gilles dupérouzel, Robert dupérouzel and Julien dupérouzel, who were selling a local property following the death of their father Raoul le pérouzel. Another article mentions Marin du pérouzel the brother of Raoul. Whilst Robert joined the priesthood in 1625 and Gilles died in Feugères in 1626 the respective descendants of Marin and Julien had discontinued by the early 1700s. The descendants of Gilles settled in the nearby hamlet of Lozon and followed a path where the surname was recorded with two ‘rr’s’ as Duperrouzel whilst a fourth brother called Thomas settled in an adjacent hamlet called Hauteville-la-Guichard in 1613 where the surname was recorded with one ‘r’ Dupérouzel. Sadly there are no longer any people living in France in 2018 who carry the surname ‘Dupérouzel or Duperrouzel’. Instead these surnames live on elsewhere in the world thanks to Eiza and Aubin Désiré Duperrouzel who were pioneers of Canada from the early 1870s and their descendants who were pioneers of USA, Haiti and Jamaica; Aimable Ciril Dupérouzel from Saint Aubin-du-Perron who was a pioneer of Western Australia from 1858 and his brother Denis Jacques Dupérouzel and his wife Marie-Antionette who were pioneers of Guernsey and Jersey in the Channel Islands from 1858 and some descendants who settled in England after WWII from the late 1940s. 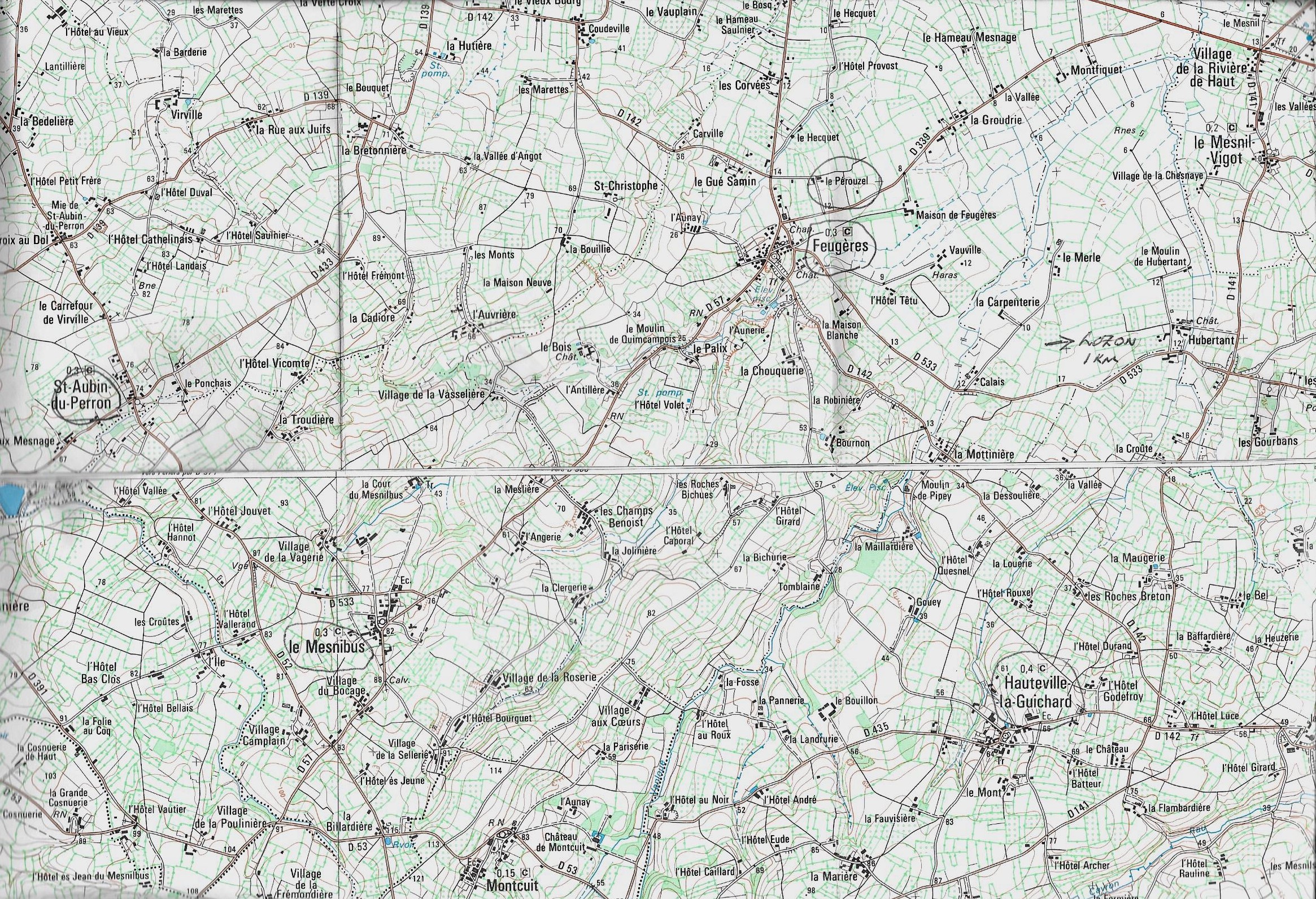