Family members are gathering in France to honour the ANZAC troops who died on the Western Front in the Great War 1914-1918 and to give thanks for the life of Uncle Jim, 4783 Private James Ross Duperouzel, 51st Battalion, Australian Imperial Force, AIF who was killed in action at Mouquet Farm, 14/16 August 1916.

Arrive by 15:00 (this is flexible depending on prior occupancy) and settle in at ‘Chavasse Farm’ and the ‘Gite’ in Hardecourt-aux-Bois and ‘Le Pre Fleuri’, B&B in Curlu-en-Somme.

Everyone to gather for an evening buffet and drinks at Chavasse Farm.

Visit the AIF Memorial at Mouquet Farm, known as ‘Mucky Farm’ to the British and ‘Moo Cow Farm’ to the Australians; Thiepval Memorial and Serre Road no2 Cemetery.

In the evening everyone to gather at 19:00 at the ‘Bar des Iles’ restaurant in Curlu-en-Somme for dinner.

Visit Villers-Bretonneux Memorial, to see the Australian National Memorial, the Adelaide Cemetery nearby and visit the Franco-Australian Museum in the town – booked for 13:00.

Lunch, followed by an optional visit to the Somme Museum, in Albert. Return to Chavasse Farm and Le Pre Fleuri in good time to relax and refresh for an early start the next day.

Departure at 02:30 from Chavasse Farm and Le Pre Fleuri for the Villers-Bretonneux Memorial. Warm clothes and suitable footwear are essential.

Villers-Bretonneux Memorial dedicated to the 10,982 Australian Servicemen ‘Missing’ on the Western Front

Return to Chavasse Farm and Le Pre Fleuri to rest…followed by an Aussie BBQ by the Rum Ration at Chavasse Farm!

Depart after breakfast…time to say goodbye. 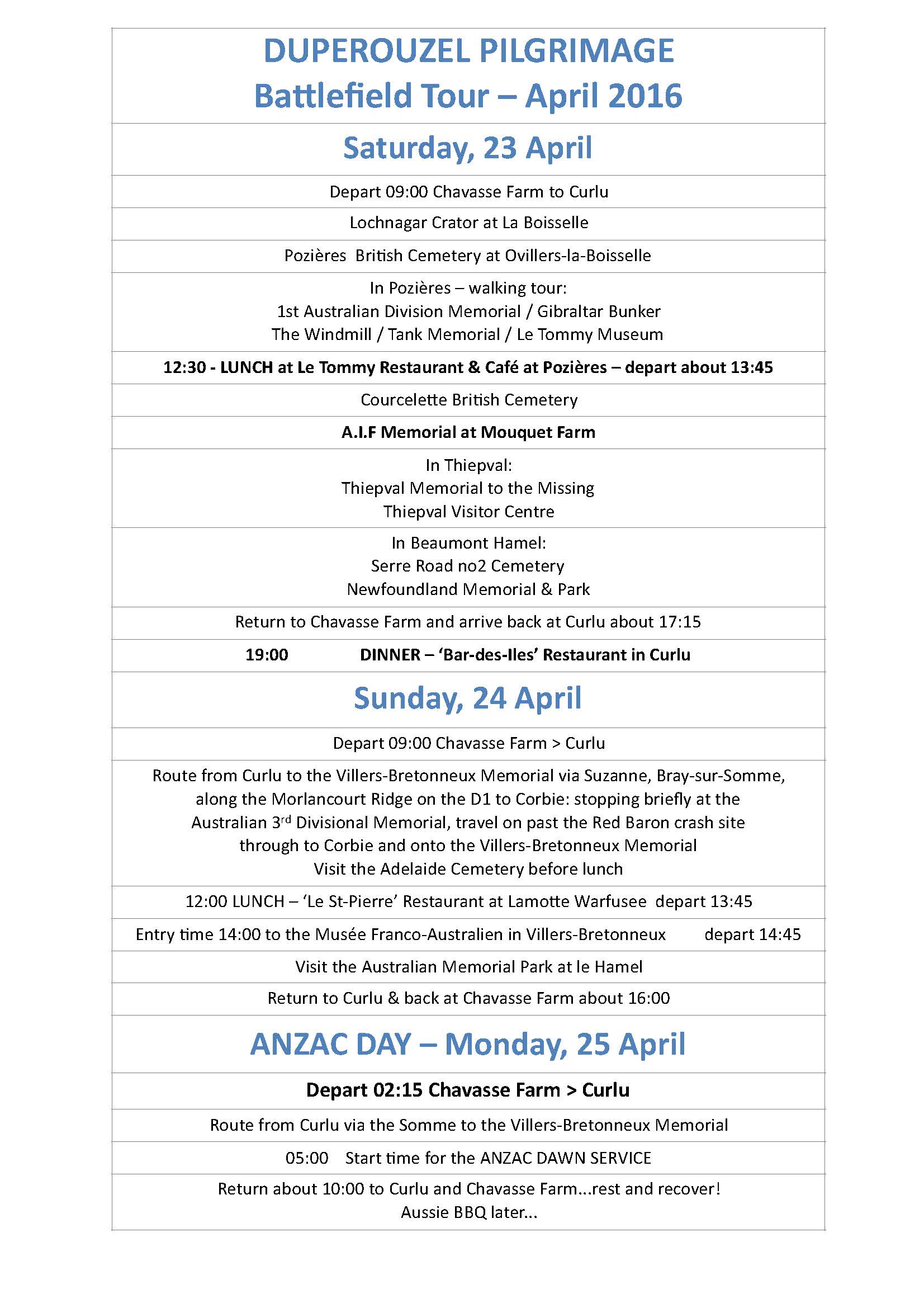 Final Update to the Duper mob who went to France